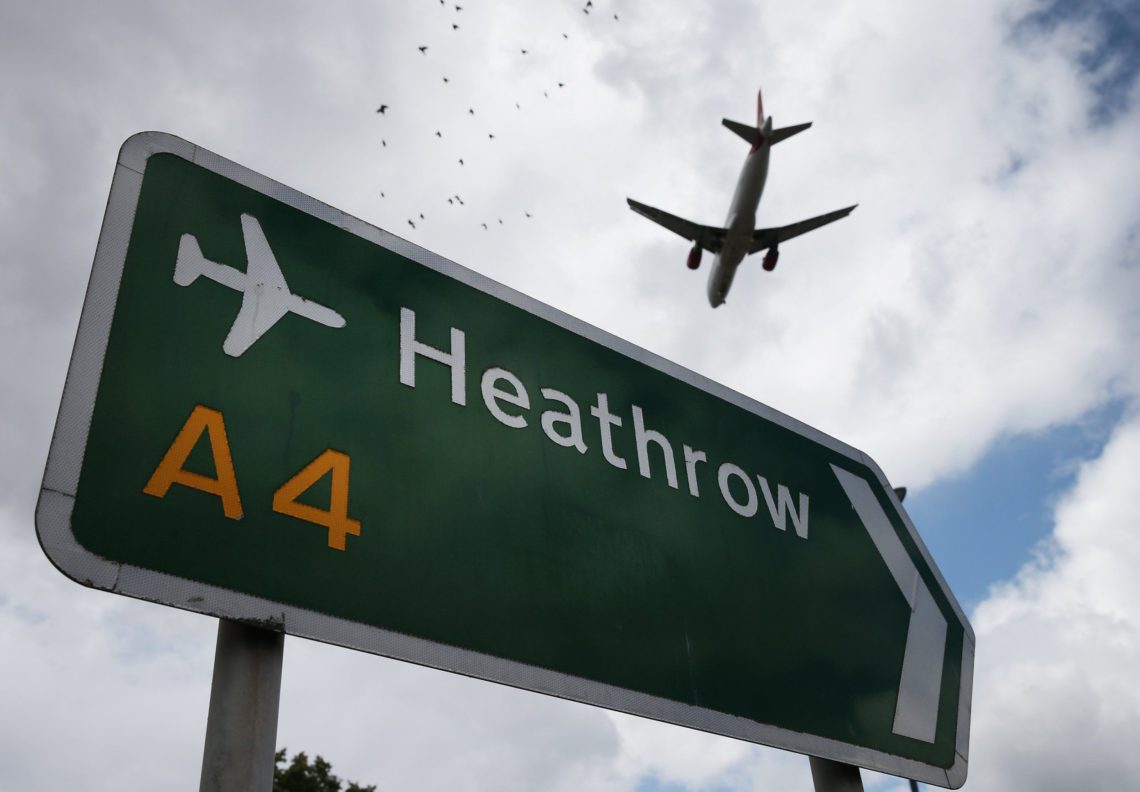 Fifteen people have been arrested after campaigners against airport expansion staged a protest near Heathrow Airport.

A small group of people ran on to the M4 spur road and lay down in front of oncoming traffic, causing temporary disruption.

Other were arrested on suspicion of public order offences.

This expansion is being driven by the very rich at the expense of some of the poorest people in the world.RisingUp! campaign group spokesperson

A Metropolitan Police spokesman said: “A planned protest is ongoing at Heathrow Airport on Saturday.

“A proportionate policing plan is in place.

“There have been 15 arrests for obstructing the highway and public order offences. Officers remain on scene.”

As some people took arrestable action, other campaigners gathered on the flyover to chant “No ifs, no buts, no third runway” and “No more runways”.

People of all ages were present to take part in the demonstration on Saturday which was organised by campaign group RisingUp!.

Placards reading “Heathrow expansion will destroy thousands of homes” and “Protect the planet, no more runways”, were raised high as locals gathered in the cold to rally against airport expansion.

A spokesman for the group said: “The Government’s decisions to expand Heathrow, despite mass opposition from local residents and the fact that doing so is incompatible with the UK’s own laws on climate change, leaves us with no morally acceptable option but to resist.

“This expansion is being driven by the very rich at the expense of some of the poorest people in the world.”

A spokeswoman for Heathrow said the airport’s expansion did not mean a choice between delivering for the economy and protecting the environment.

She added: “Independent analysis by the Airports Commission has found that building and operating an additional runway at Heathrow is compatible with the UK meeting its long-term climate change reduction targets.

“The Independent Committee on Climate Change has also shown that a 60 per cent growth in passenger numbers in the United Kingdom can be achieved within the UK’s Climate Change Targets.”

Neil Keveren, a resident of nearby Harmondsworth, said: “Democracy has failed us. Elected leaders have totally reversed the will of the people.

“As a direct result, the quality of life and life expectancy of the population here will be shorter. This is against our human rights and must be defended.

“Who is left to correct this injustice when our politicians will not? The answer is us – you and me.”